Justice David K. Thomson took the oath of office on February 4, 2019, following his selection by the nonpartisan Judicial Nominating Commission and his appointment by the Governor to the New Mexico Supreme Court. Since 2015, Justice Thomson had been serving Santa Fe, Rio Arriba, and Los Alamos Counties as a state trial judge in the First Judicial District.

Justice Thomson was born and raised in Santa Fe, New Mexico, and is a graduate of Santa Fe High School. He has an undergraduate degree in Economics and Government from Wesleyan University in Middletown Connecticut. He worked for United States Senator Jeff Bingaman before attending the University of Denver Sturm College of Law and graduating in 1998. After receiving his law degree, Justice Thomson served as term law clerk for United States District Judge Bruce D. Black, District of New Mexico. In 1999 following his clerkship he joined the Office of the New Mexico Attorney General as a litigation attorney, eventually serving until 2010 as Deputy Attorney General. Prior to taking the bench in 2015, Justice Thomson was a sole practitioner admitted to appear in state and federal courts including the Tenth Circuit Court of Appeals and the United States Supreme Court.

By New Mexico Supreme Court appointment, Justice Thomson has served on the Uniform Jury Instruction-Civil Committee as chair since January 2016, the Performance Measures Subcommittee of the Chief Judges Council since October 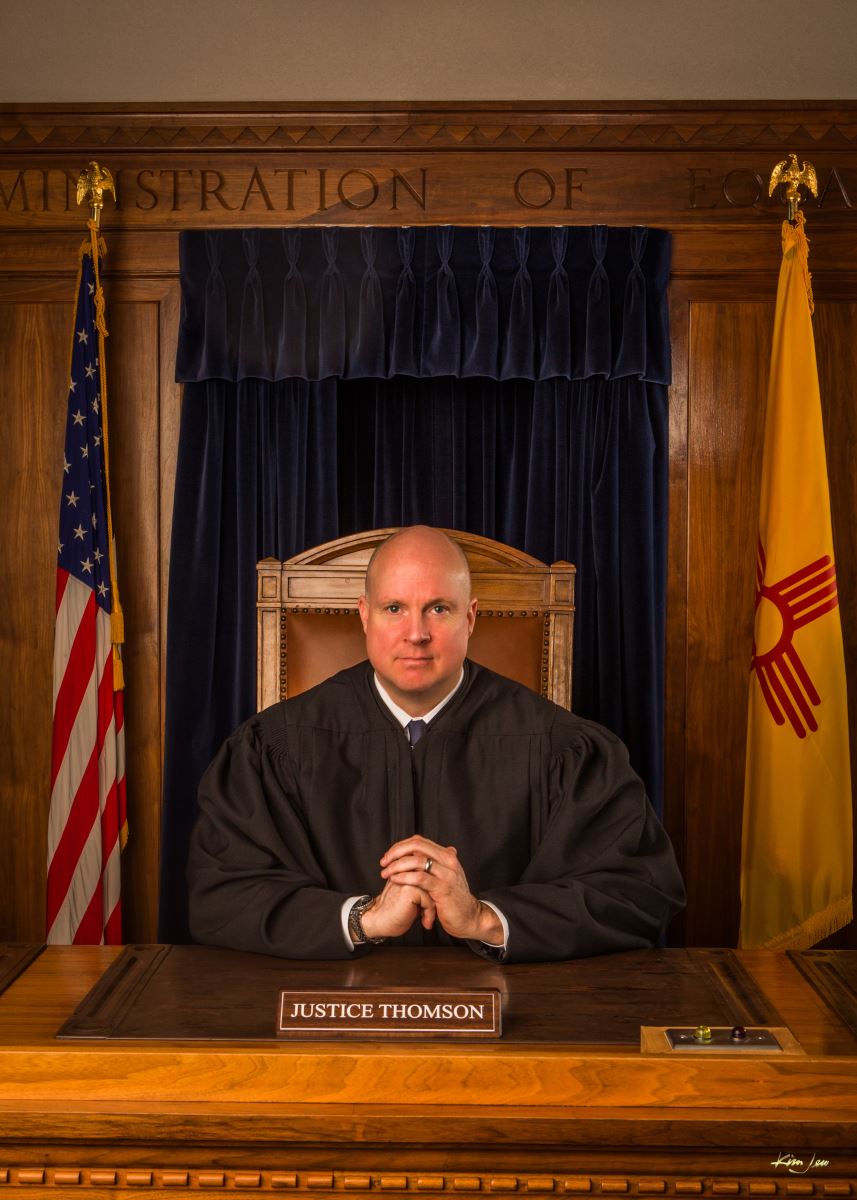