Justice Bacon was appointed to the New Mexico Supreme Court on January 25, 2019 after being recommended by a nonpartisan Judicial Nominating Commission. She took the oath of office on February 4, 2019. Prior to her appointment, Justice Bacon served as a district court judge on the Second Judicial District Court and as the Presiding Civil Judge. While serving on the district court, Justice Bacon presided over thousands of cases spanning complex civil litigation, class actions, adult guardianship and conservatorship cases, real estate and contract disputes, election issues, domestic and children’s court cases and appeals. Justice Bacon was also the Bernalillo County Water and Middle Rio Grande Conservancy District Judge. 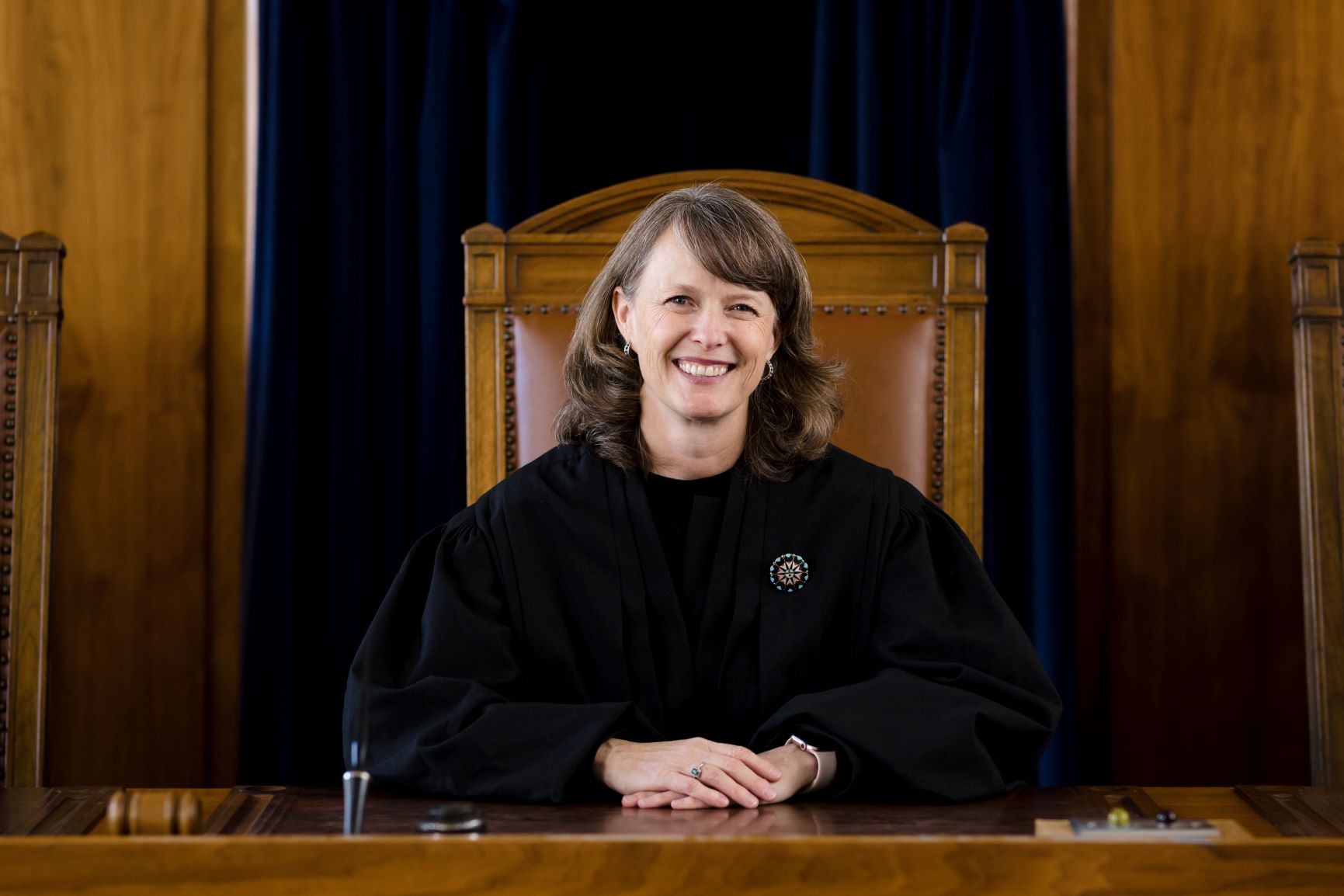 Prior to taking the bench, Justice Bacon was a partner at Sutin, Thayer and Brown, P.A. and Eaves, Bardacke, Baugh, Kierst and Larson, P.A. where her practice focused on complex litigation and appeals. She began her legal career as a law clerk for the Honorable A. Joseph Alarid at the New Mexico Court of Appeals.

Justice Bacon earned a Bachelor’s Degree in History and her law degree at Creighton University. Upon completion of her education, Justice Bacon returned to Albuquerque, New Mexico where she was raised, to begin her professional career.