Justice Michael E. Vigil was elected to the New Mexico Supreme Court in the November 6, 2018 general election, and was sworn into office on December 31, 2018, by his former colleague on the New Mexico Court of Appeals, Judge Roderick T. Kennedy (retired). He was selected by his fellow Justices to serve as Chief Justice beginning on July 15, 2020.

Prior to his election to the high Court in 2018, Justice Vigil served as a Judge on the New Mexico Court of Appeals for fifteen years, after practicing law for over 27 years. He was appointed to the Court of Appeals in 2003 by Governor Bill Richardson, and was sworn into office on the stage in Sweeney Gymnasium, the same stage where he received his high school diploma. Justice Vigil was elected to a full eight year term in 2004, and the citizens of New Mexico voted to retain him for another eight year term in the 2012 election. Justice Vigil’s colleagues on the Court of Appeals unanimously elected him to serve as the Court’s Chief Judge for a 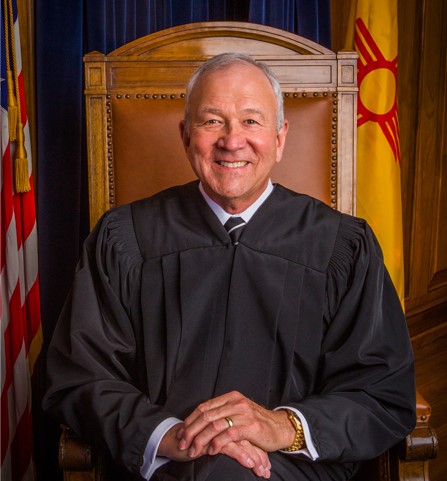